Dried tomatoes can be used in salads, pastas and countless other dishes where you desire a punch of intense tomato flavor. Dried tomatoes are rich in vitamins C and A, folic acid or beta-carotene and small amounts of B vitamins including B1, B2, B3, B5 as well as various minerals including calcium, phosphorus, potassium, fiber, sodium, sulfur, a little Iron, copper and zinc.

Tomatoes often are planted in tropical regions. Iran is a four season country so you can harvest tomatoes during the year in the southern regions of Iran. The most abundant amount of tomato harvesting in the country is in the months of June, July, August and September, and in these four months, as a result of large supply of this product, its price decreases.

Armani Food Company always tries to make the price of bulk dried tomatoes as low as it possible by producing this product at the right time. So, one of the boldest privileges of dried tomatoes produced by Armani Food is stability of its price over the year.

In the following, you will find information about the types, benefits and production methods of dried tomatoes, so be with us.

South Americans are the very first persons who plant and cultivate tomatoes. And the Spaniards and Italians were the first Europeans used this vegetable. 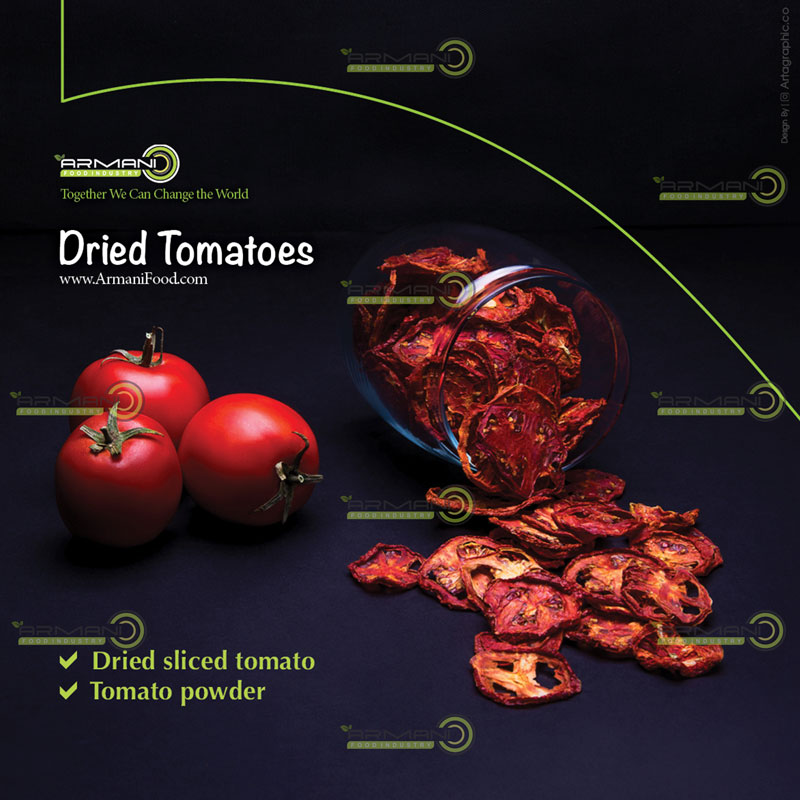 Dried tomatoes are used in large quantities as one of the raw materials in many factories which makes semi-prepared foods, sauce and dressing factories, and meat product factories. Powdered of dried grindable tomatoes is a wonderful additive to make spices more favorable and aromatic.

Tips you should notice while buying wholesale dried tomatoes

This product is directly related to human health so production process of that is very important and considerable.

Because they are dried in the open air, tomatoes which dried by sunlight, have a high risk of germs, But Armani Food produces this product with progressive devices in a sealed area, so as a result the final product will be more hygienic and dries more evenly.

If you will to buy dried tomatoes, its necessary to pay attention to its ingredients so if salt or chemicals such as Sodium metabisulfite are added or not. Armani Food’s luxury dried tomatoes is producing in high amount without any additives or chemicals and packing in firm containers which is suitable for export. 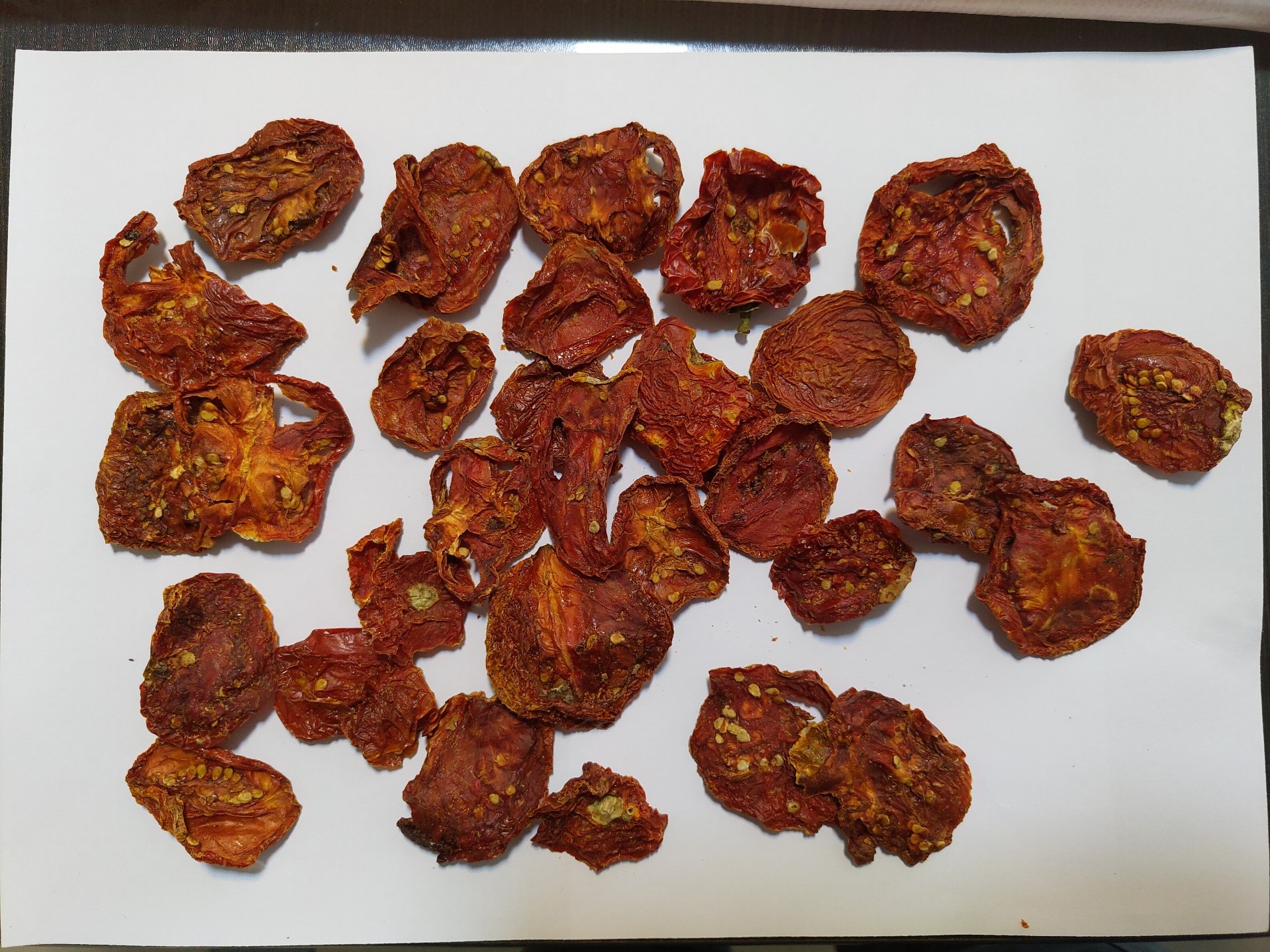 tomatoes which dried by sunlight 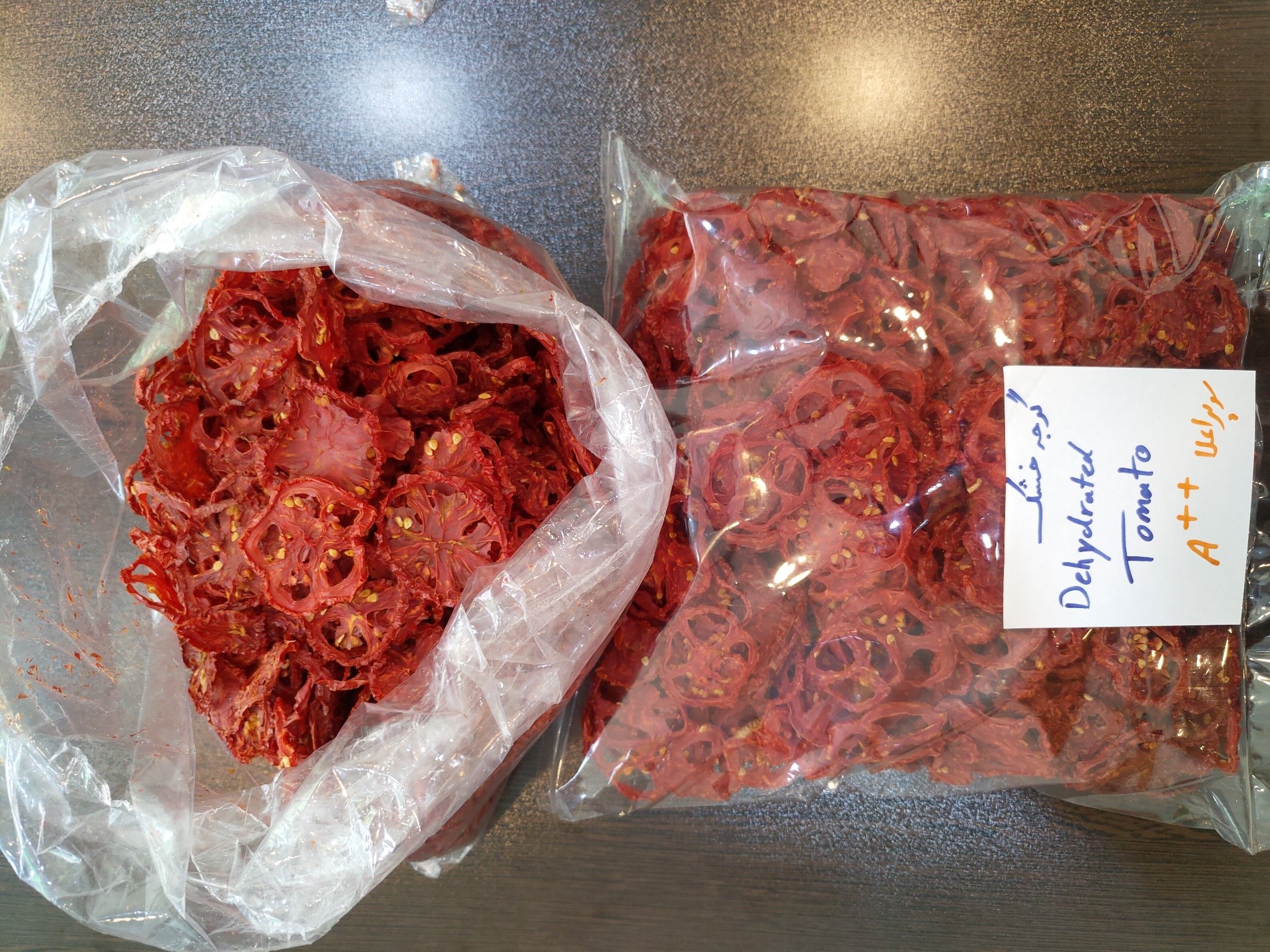 What you know about tomatoes and why you dry them?

Tomatoes have a lot of interstitial water and because of that, it cannot be stored for a long time even in the refrigerator. So by drying tomatoes, it can be kept for a long time even outside the refrigerator. Besides that, lycopene (a type of organic pigment called a carotenoid which is a powerful antioxidant that might help protect cells from damage) is much more found in dried tomatoes than fresh and raw or canned tomatoes.

Dried tomatoes have a vast variety of vitamins, including vitamin C, A, K, and some of minerals, including potassium, manganese, calcium, and sodium, and as mentioned above, an antioxidant called lycopene.

There are some factors which cause to formation of free radicals in the body, such as smoking, alcohol and excessive use of fried foods (If free radicals overwhelm the body’s ability to regulate them, a condition known as oxidative stress ensues. Free radicals thus adversely alter lipids, proteins, and DNA and trigger a number of human diseases.). As an antioxidant, lycopene fights against these free radicals and helps destroys them, so helps preventing premature aging.

There are more benefits in lycopene including : increasing good cholesterol (HDL) and decreasing bad cholesterol (LDL), which reduces the risk of heart disease and thus improves health and life expectancy.

Lycopene also protects skin from sunlight and acts almost like a sunscreen cream as you know! 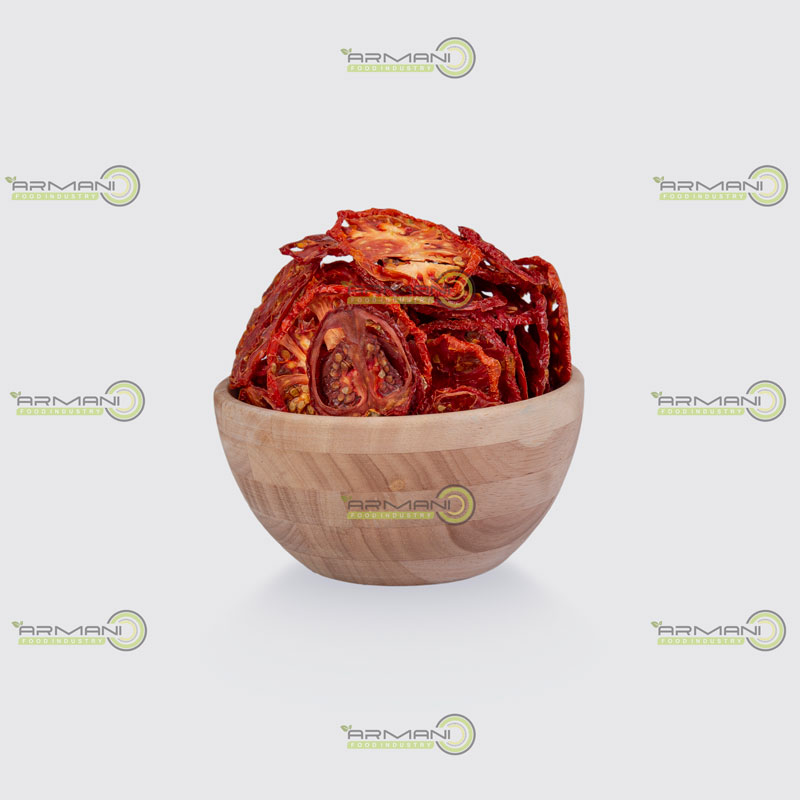 The dietary fiber of dried tomatoes

The fibers in fresh tomatoes is both forms of soluble and insoluble, but fibers in dried tomatoes is mostly insoluble, and because of that it helps preventing constipation. Fibers also prevents colon cancer.

Because it takes up a lot of space in stomach and causes a false sense of fullness in people, Another benefit of fibers is burning fat of body and preventing weight gain.

Iron is a very useful mineral in vegetables as well as dried tomatoes. Human body needs iron compounds to deliver oxygen to cells. So lack of iron causes tiredness, exhaustion, anemia and narcosis.

Abundance of vitamin C in tomatoes

Vitamin C is an antioxidant and protects the body against free radicals (as lycopene does). Also it takes an important role in eliminating effects of colds and making the body’s immune system stronger. Vitamin C is also very useful for iron absorption and increases that.

Vitamin A helps improve vision and like vitamin C, takes a role in strengthening immune system of the body. Lycopene, lutein, and zeaxanthin are three members of the vitamin A family. Lycopene explained well above as you know.

By aging, eye diseases increases, such as cataracts. Lutein and zeaxanthin protect your eyes from such diseases.