Dried plum is a very tasty and beneficial product that has gained a special place among high quality nuts today. This healthy food can be consumed as a nutritious snack for all ages or used in the preparation of Iranian stews. Armani Food Industries Company is one of the largest producers and wholesalers of dried fruits, especially dried plums.

Plum is a delicious fruit that is consumed in two ways, fresh and dried, And sold in commercial markets under various official names as nuts.

Plum is a juicy fruit that can be dried in both industrial and traditional ways and consume it; In industrial methods and in factories, this product is first graded in bulk by sorting machine and then washed, And using a dryer, and after a short time, the water of the product dries and turns into dried plums. Dried plums are also dried in the traditional way, but preparing large quantities with this method is a bit difficult and time consuming, as the quality of the product may be slightly lower than industrially dried plums; Fresh plums are usually cut in half and then placed under direct sunlight to stay for a long time and the water dries. In the method of drying with the sun, because the plums are dried outdoors, they absorb the pollution of the environment. But in the industrial method, due to the closed production process, the final product has the lowest microbial load. 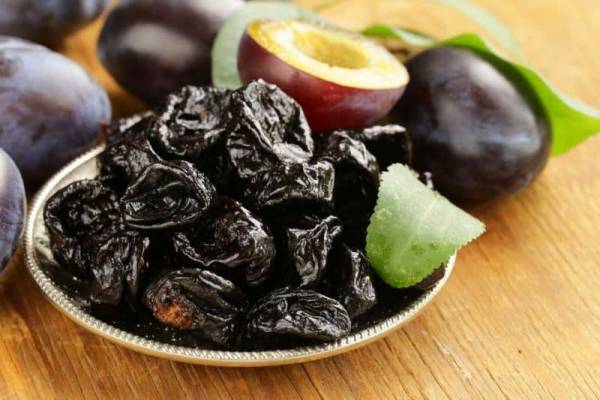 Prune is the dried plum that is peeled and is a very suitable type of plum to glaze the stew and create a better taste in it.

Torqabeh plum is one of the famous dried plums that has many benefits and has many medicinal uses, which we will mention in the following.

Plum stencil and Stanley plum are among the best-selling dried fruits of Armani Food Company, the main reason for which is its softness and sweet and sour taste. The thicker the slice of this fruit, the tastier it will be.

Pitted prune: California plum, a proprietary product of Armani Food Company, is the result of drying the California breed – which is very similar to Stanley plum – Processed in industrial dryers and sold with the addition of preservatives and special oils in hygienic packaging. California plum, known worldwide as PITTED PRUNE, It is used both as a snack and in food. For more information or if you want to buy and try pitted prune, please refer to the special page of this product. 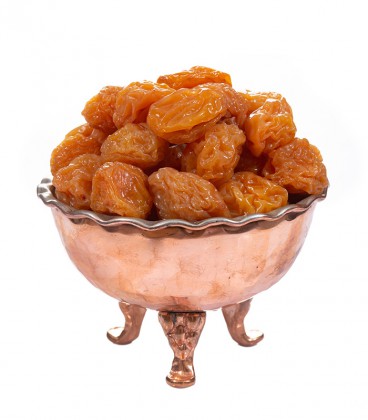 France, the United States, Chile and Argentina are the largest producers of this product. But due to the low price of energy carriers in Iran, its cost price is lower than other countries.

In the above section, some names of plums are mentioned that have differences in appearance and their production methods are slightly different.

The price of dried plums depends on various parameters, the first and most important factor in the pricing of this product is the plum breed. Among sliced ​​plums, ground plums are more expensive than other plums. The next parameter is the shape of the cut and the amount of moisture in the product. You can order plums by contacting us. 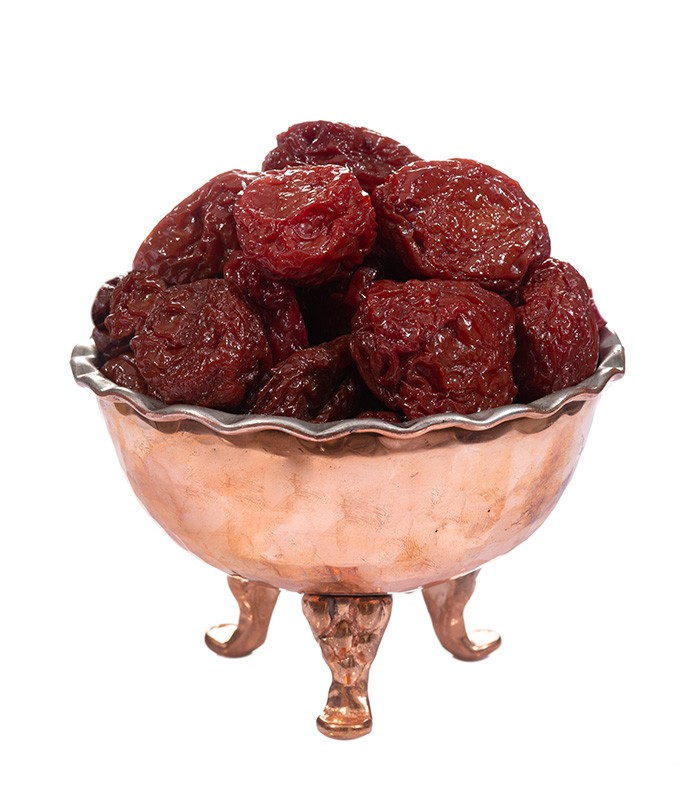 Import of dried plums from Iran

Dried Iranian plum is one of the highest quality dried fruits that are exported to all over the world, And countries such as Turkey, Iraq, Oman and India, Pakistan, etc. import this Iranian product in different types to their country. It is interesting to know that among the Arabic-speaking countries, the UAE is the most consumed country in terms of consumption of this model of dried fruit, And the taste of the people of the Gulf is towards the softness of this fruit. In contrast, thinner slices are more popular in European countries.

Place of cultivation of plums

The type and breed of plums are different and usually plums are grown in cities such as Torqabeh, Neishabour and Mashhad in large quantities which produce the best dried plums in Iran and also in the western parts, stencil plums and ground plums are often produced. 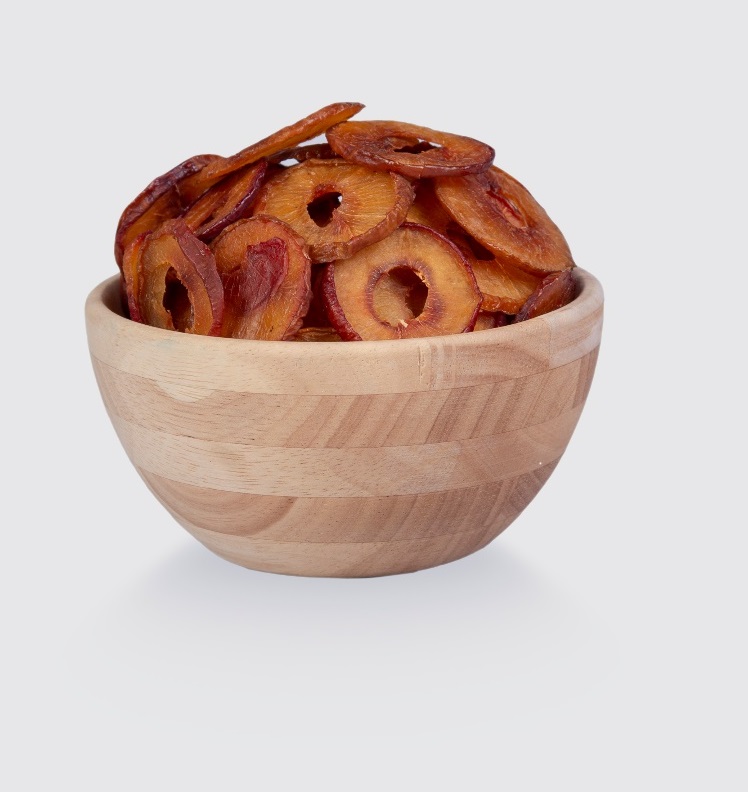 Plums are among the summer fruits that are very juicy and a variety of species are grown from it; Contrary to some people’s beliefs, plums have sweet, sour and sweet and sour flavors, which due to their micronutrients and valuable substances, are among the most nutritious foods that are recommended for everyone. Contrary to popular belief, fresh fruit does not lose its benefits after drying. Only a small amount of vitamin C in the product evaporates with its water, but the composition of other useful substances in it does not change.

First of all, it is good to know that this product contains significant amounts of iron, magnesium and potassium. Vitamins C and E are also present in prunes and cause unique properties in this food product. 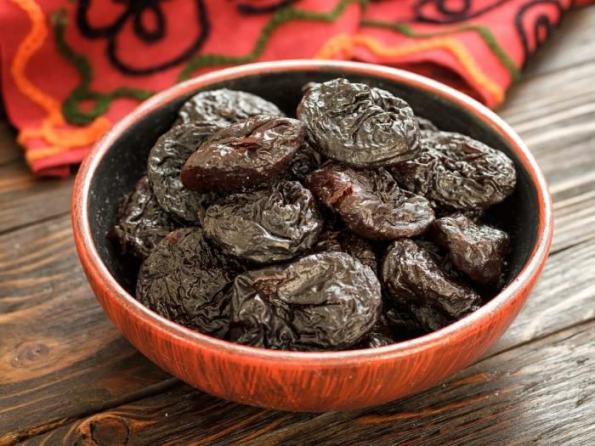 Dried plums, especially prune, are a rich source of calcium, which is very effective for building bone and growing bone plates at a young age. Therefore, consumption of this product is also recommended for children, and research on the ingredients of this product has shown that eating one dried plum daily for a long time will improve the problems of osteoporosis.

You may have heard that Dried plums, like Torqabeh plums and prunes, are strong laxatives, And it is very suitable for people who have indigestion and a weak digestive system for digestion. Constipation is also a common gastrointestinal problem that you can easily solve by consuming dried plums during this period.

This product contains a small amount of useful glucose, which is recommended for diabetics to get useful glucose by including this product in their diet. According to doctors, consuming dried plums after a meal helps control blood sugar with this product.

Potassium is one of the elements that this product contains and according to studies, it has been determined that it can regulate blood pressure, and this product has very small amounts of potassium, which has little effect on blood pressure.

Dried plums are a high-energy product, but they are slow to digest, so by consuming a few of them, you will be full for a long time and you will not feel hungry. So with this method, you will consume less food and will lose weight in obese people. The question may arise in your mind that by consuming less food, how will the minerals needed by the body be provided? You should know that dried prunes themselves are full of useful substances that will be able to provide the body with the necessary substances.

Among the special benefits of this product that have not been mentioned so far, we can mention its positive effects on the skin, which despite being very strong antioxidants in dried plums, Skin cells are nourished and remain young. 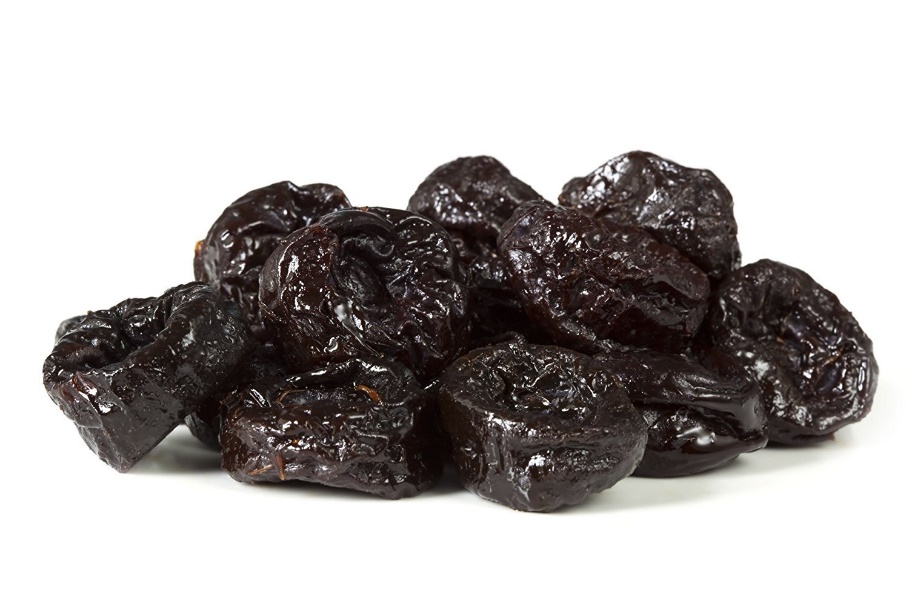 Application of dried plums in food

Dried plums are among the food products whose existence gives a pleasant taste to food and today it is used in preparing many stews such as spinach plum stew, plum stuffing stew, plum stew with meat, Mazandaran plum chicken stew, etc. Of course, the use of dried plums in soups and stews is also very common.