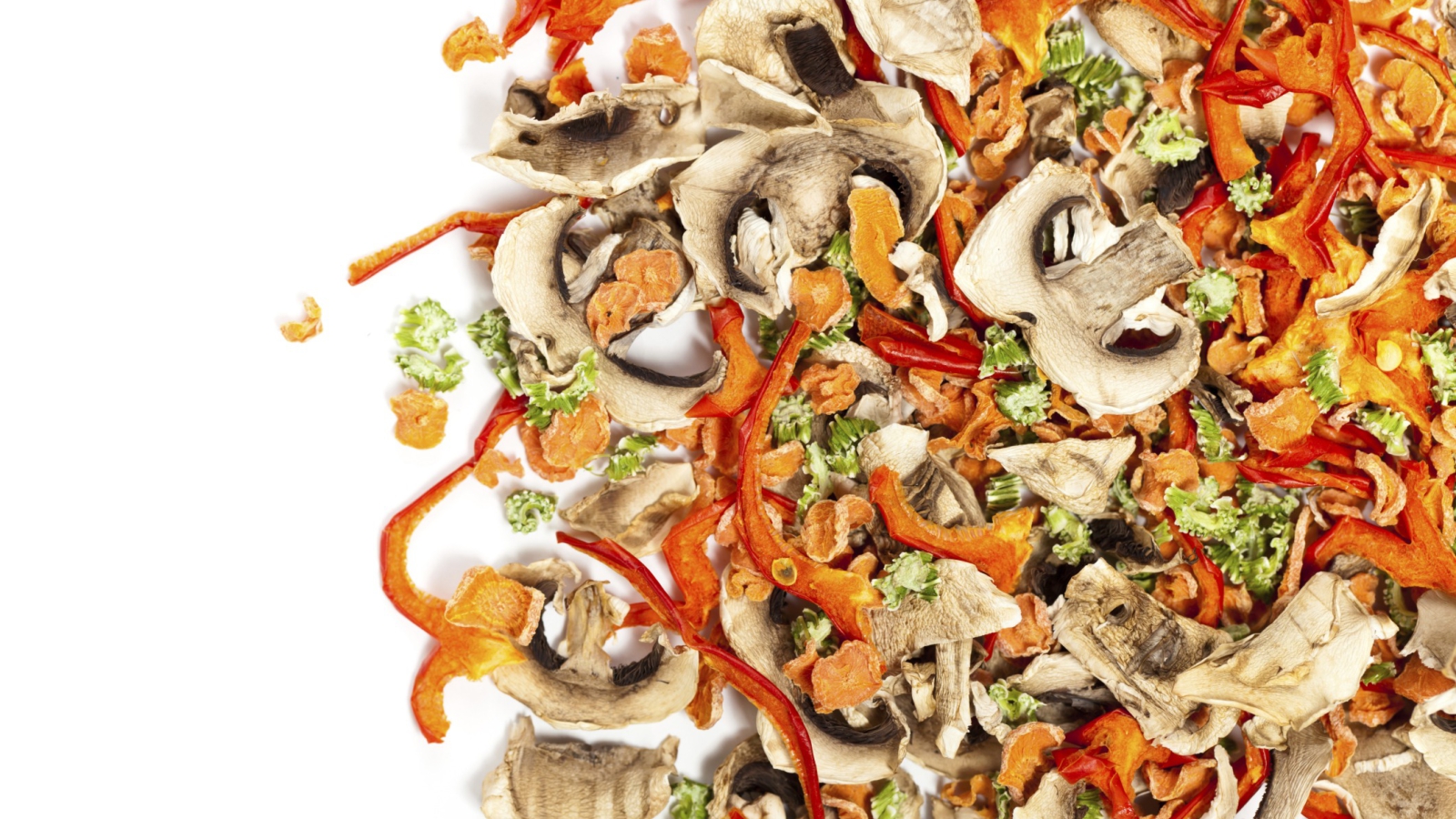 Vegetables, like all kinds of fruits and Cucurbitales, can be consumed dry and also in powder form. By drying and extracting the interstitial water of vegetables such as onions, garlic and tomatoes, in addition to increasing the shelf life of the product, the weight of the product is greatly reduced and it becomes much easier to transport and use. The basic question here is what is the price of bulk dry vegetables in Tehran and what are the influencing factors on it? Also, what are the traditional and industrial methods of drying vegetables, and what are the advantages and disadvantages of each? Or whether dry vegetables can be exported to different parts of the world or not? And finally, what is the reasons of differences between the prices of different types of bulk dry onions or the price of bulk dry garlic, etc., and what points should be paid attention to? To give answers of upper questions and other contents, follow us to the end.

Kinds of dried vegetables and differences between them

There are three forms of dry vegetables produced by Armani food company: suitable to grind, normal and luxury.

Grinding is a type of bulk dry vegetables that is mostly used for grinding and producing powder due to the quality of the fresh vegetable and its appearance.

The difference between luxury and normal type is in the quality of fresh vegetables which used and cleaner cuts and more elegant appearance.

Bulk dried vegetables such as dried fruit and other edible items are often found at a higher price than fresh fruit or vegetables throughout Iran. The reason is clear. Both the drying process is considered an added value, and with the weight reduction of vegetables due to the vaporization of interstitial water, their weight has become much less in proportion to their volume, and naturally the price has increased. But other factors also affect the price.

Of course, it is important to mention that most vegetables, such as onion, garlic or tomato, are always found at a fixed price throughout the year due to the fact that they are the primary ingredients of Iranian food, and for example, mushrooms are cultivated in a controlled greenhouse environment and are not highly dependent to a specific season. 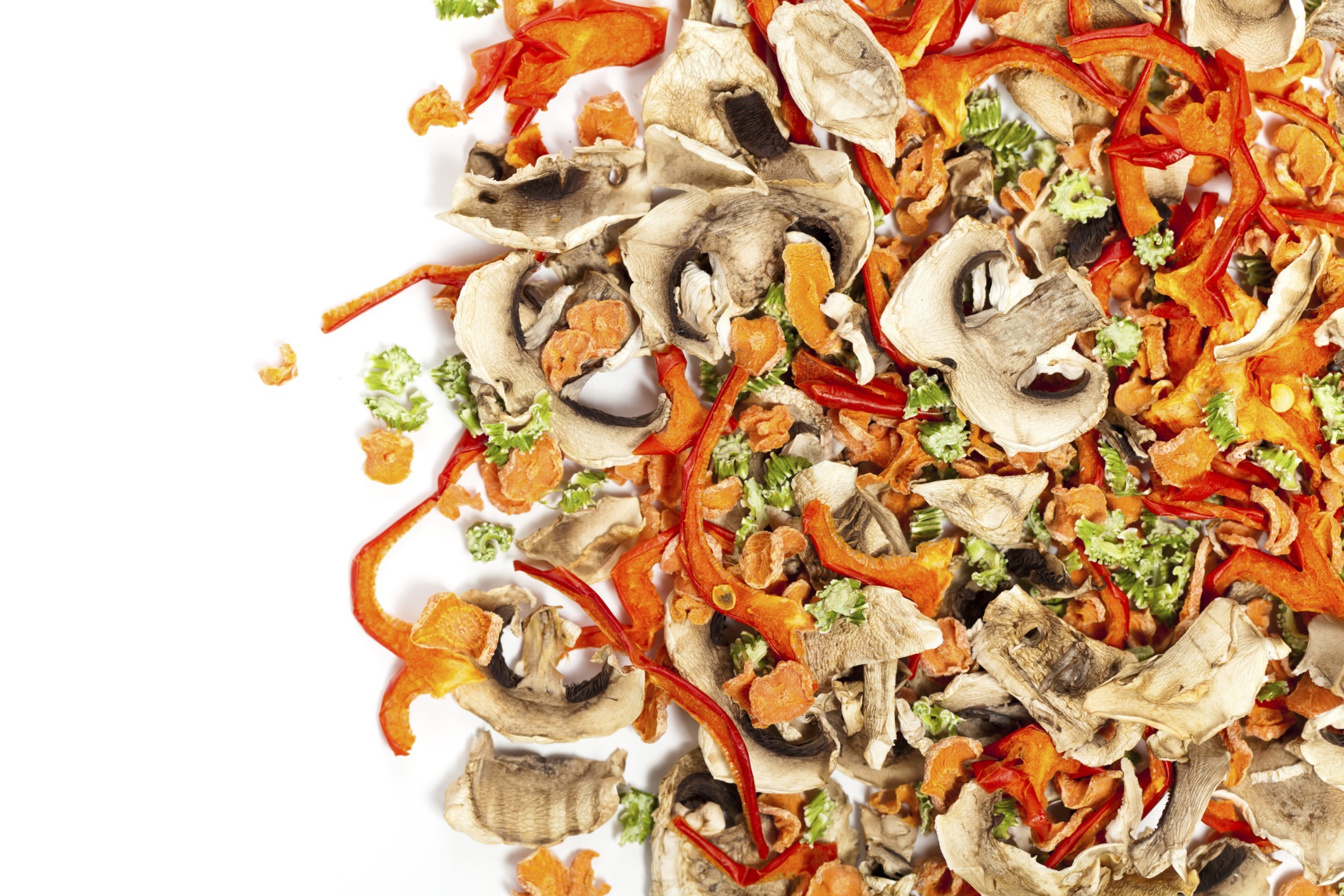 In the following, you can see some of bulk dried vegetables produced by Armani Company for Production, Distribution and selling of food products.

Onion is one of the products that people use a lot on a daily basis. It is used for eating raw and also is the main and most basic ingredient of Iranian food.

Dried onion is a product that is recently found in the market and has many uses. Those who like to eat onions raw will really enjoy the dried onion slices. To use in food like soup, just add it to water and see how it change the flavor and aroma of cooking food. Most importantly, frying dried onions consumes much less oil than frying fresh type and is much healthier and also can be prepared in much less time.

This product is also can be grounded and sold as onion powder. 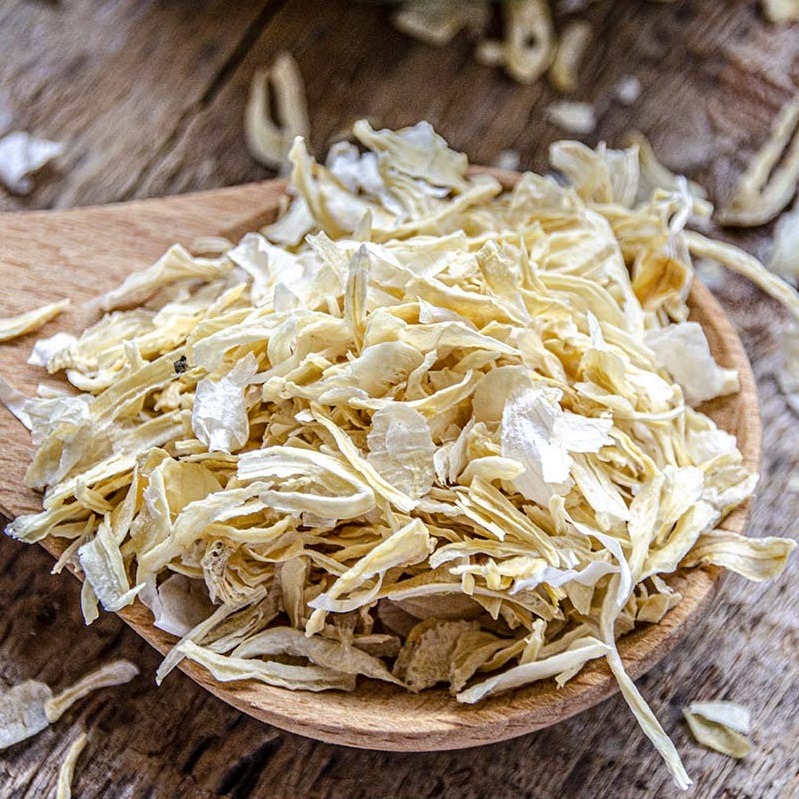 Dried tomato is one of the newcomers in the cooking industry. Its taste when used in food is different from fresh tomatoes. Dried tomatoes have many uses. From all kinds of stews to using it in pizza toppings (which is highly recommended) and even using it as chips and dry. This product is also sold as tomato powder. 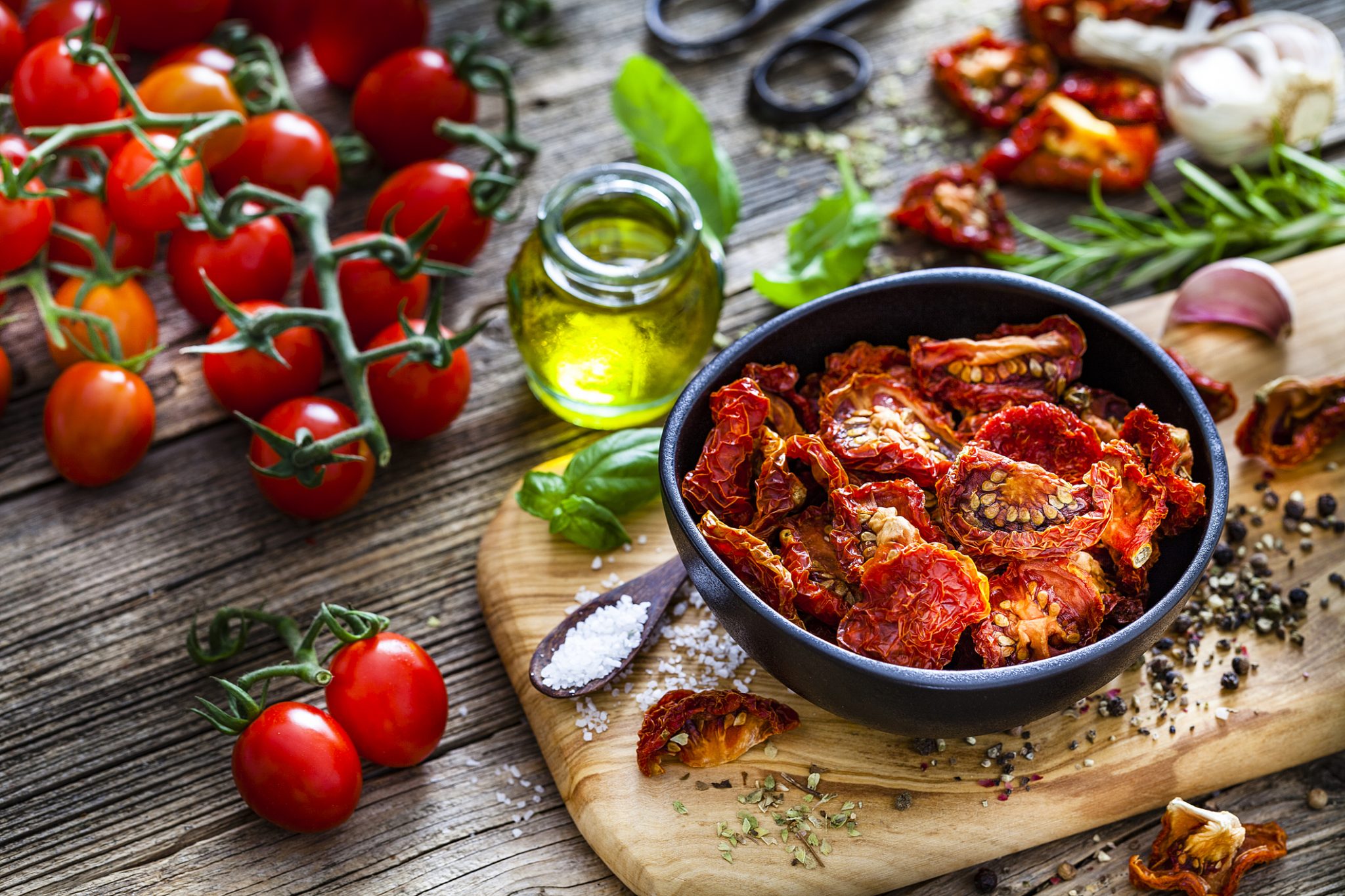 Mushrooms have many nutrients and vitamins that the body needs. Due to the very low calories in mushrooms, this amount of minerals and essentials in mushrooms has made it a unique phenomenon in the household food basket. Dried mushroom has a longer shelf life by removing the water in the mushroom tissue, and when using it, you just need to put some of it in water to regain its texture. The production of bulk dried vegetables as well as bulk dried fruit has different methods, which according to the technological ability and production costs, we can examine each of them from the point of view of economic justification.

Uses and characteristics of dried vegetables

The consumption of bulk dried vegetables has increased much more than in the past. Previously, it was possible to use most vegetables only fresh, and this issue created many limitations.

Since fresh vegetables, like all the growing foods we use on a daily basis, contain large amounts of water, the interstitial water of these products makes them not only lose their freshness in just a few days, but probably a large amount of useful minerals and vitamins and other items in them will no longer can be usable. In addition, the possibility of the growth of all kinds of invisible pollution such as molds, fungi and toxic bacteria such as salmonella on vegetables such as onions and tomatoes, etc., which are kept fresh and with their interstitial water, is very high.

In addition to these risks and problems for fresh vegetables, another problem that exists is the impossibility of accessing fresh items anytime, anywhere. It is normal that fresh products and vegetables cannot be found anywhere or with the quality and appearance and even the quantity you want. In this situation, carrying and using bulk or not bulk dry vegetables can be a solution.

Due to the removal of interstitial water and substantial reduction in weight, dried vegetables have a very high transportability. In this way, you can move several times the amount of dried vegetables that you could carry with you before, and more importantly, you don’t have to worry about spoilage and contamination with microbes and microorganisms, and other dangers that threaten fresh vegetables. 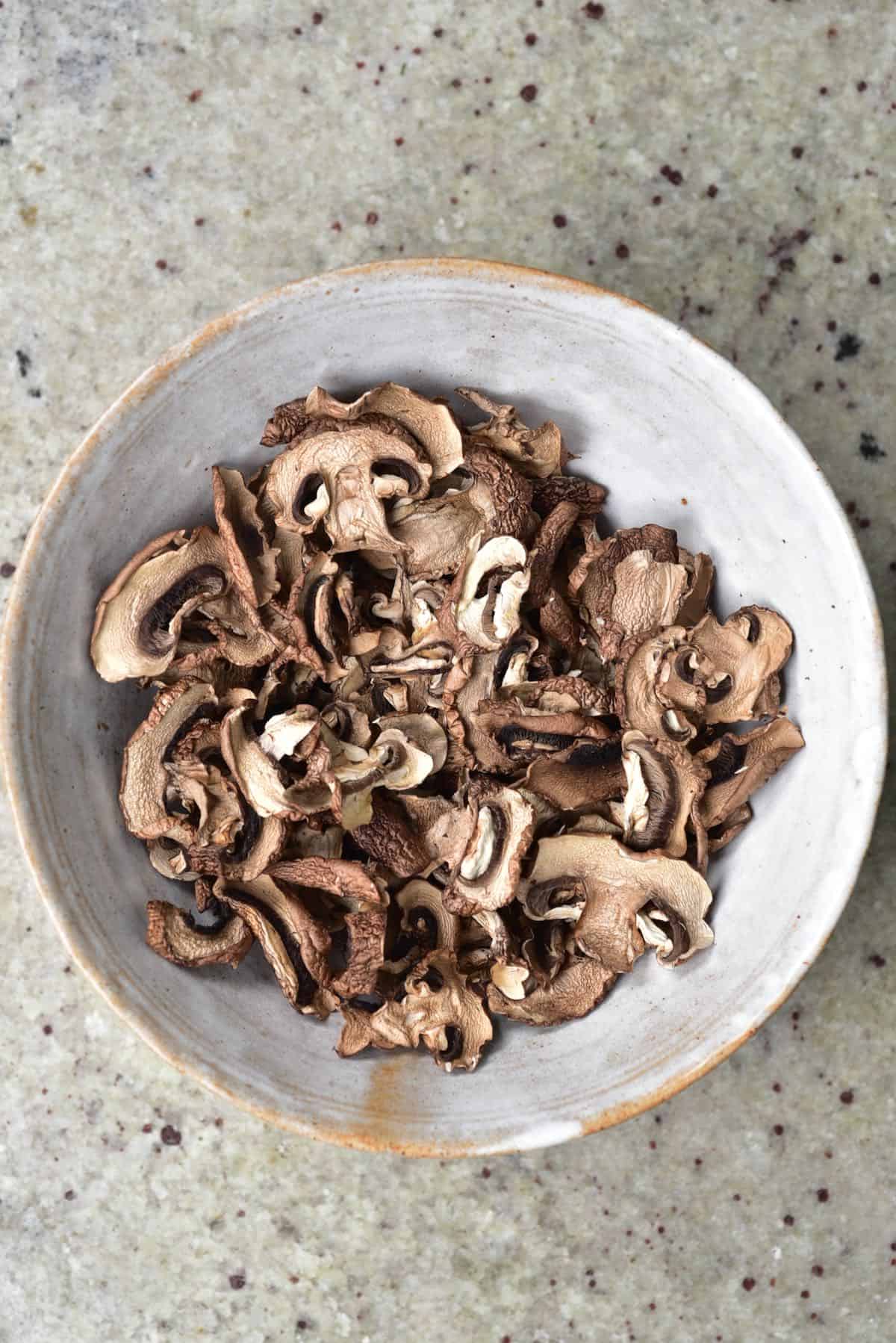 Dried vegetables are easier to use and are better for some reasons which are:

With years of experience in the field of sustainable export of bulk dried fruits and vegetables to European countries as well as Persian Gulf countries, Armani Food Company has proven that it is possible to earn foreign currency in this way. The most important point for the export of dried vegetables is to pay attention to customer demand and, most importantly, to control the supply chain. If you are interested in exporting bulk dried vegetables and don’t know where to start, contact the company. Our experts are ready to provide you with services and advice.